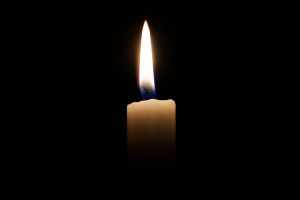 The Latin phrase that became known as the motto of the Protestant Reformation was  Post tenebras lux, which translated means “Light after Darkness”. The light was the truth of the inerrant, infallible, and timeless Word of God, suppressed and kept hidden under papal authority, church writings, doctrines, religious rituals, church tradition, and language. The prophet Amos, describes a similar situation in chapter 8 of his book, but instead of darkness, he called the condition of Israel “a famine”, not for bread or water, but for the Word of God.  The reformers brought forth light in two glorious ways; first, through the translation of the Word of God into the vulgar languages of the people, and second, through strong biblical preaching and teaching that accompanied the translation and dissemination of the Scriptures in the vulgar tongues of the common man.

Pre-Reformers like Wycliffe, Tyndale, and others paved the way by translating the Holy Scriptures for the common man to read, often at the cost of their own lives. Luther, Calvin, Zwingli, Huss, Knox and others through their preaching, teaching and writings pulled back the heavy curtain of darkness to expose the light of scripture to the common man. Thus, began the tsunami known as the protestant reformation which swept through Continental Europe and the British Isles.  But that was just the beginning, its influence continues through a missionary zeal and would eventually spread to all the corners of the earth. 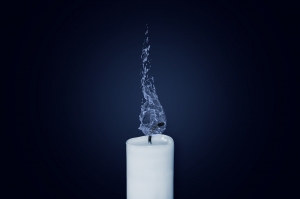 But sadly, the motto of modern day Europe could very well be ” postquam lux, tenebras” or “After Light Darkness”.  For the lands that birthed the reformation and the modern missions movement now lie in dark shadow once again.  It seems that all that remains of the great Protestant Reformation in modern Europe are but statues and monuments unrecognized by most tourists. Where once churches were packed to hear preachers who faithfully expounded the Word of God, now all that is heard in them are the echoes of fluttering of birds wings and the quiet echoes of the small faithful remnant. The lands on which the sun of reformation rose in glorious splendor have returned to the hopelessness of darkness.  In the same way, the light that came from Europe to the Colonies and sparked the First Great Awakening forging a Biblical tradition on our shores, is now passing us by too.  The light brought forth by the preaching of Jonathan Edwards, George Whitfield, and others  is now setting on our shores as our nation returns to its pre-Awakening  slumber, and like Europe, returns to its pagan ways like a dog returns to its vomit.

Time for a New Reformation

“.. if my people who are called by my name humble themselves, and pray and seek my face and turn from their wicked ways, then I will hear from heaven and will forgive their sin and heal their land.” – 2nd Chronicles 7:14

The Church of Jesus Christ is in need of a New Reformation.   There is once again a need for men of courage, like the reformers of old, to  rise up in the power of the Holy Spirit, and  stand firm on and again faithfully trust and exposit the Word of God in the face of fierce opposition. But how will this New Reformation differ from the old? It is very important to understand that it differs not in its substance, but in its application to a new cultural context.

In order to understand the current cultural context and how it compares or differs to the cultural context of the 16th Century, it is important to understand it from the vantage point of the culture inside and outside the church.  In many ways these two were inseparable then as they are now. In other words, as goes the church so goes the culture around it.  We see this not only in the post apostolic period but also in both the Old and the New Testaments. The faithfulness of the church to the Word of God and prayer has always had profound impact on the culture and the society surrounding it.  Though it would argue vehemently in the culture we live in today, but the faithful living out of biblical Christianity was a strong contributing factor to the abolishing of the slave trade in England and the United States, the propagation of the Gospel through evangelism and foreign missions, and reforms of many kinds among the working class and poor.  The opposite is also true that the church at times has often sat idly by looking the other way, allowing many of the sins mentioned above to continue because they would not stand for truth in times of comfort and difficulty.

It is important when speaking of the Church to separate the power structure of the church from those who sat hungering in its pews.  The Pre-Reformation church was a singular and powerful force to deal with. The power structure was in Rome and for centuries the Truth of God’s Word had been mixed with, and diluted by, the addition of papal authority, church traditions, religious rituals and superstitions, and the Bible written in Latin that was inaccessible to the masses   As such, the church was one unified powerful force which dictated doctrine and kept its subjects fiercely bound by fear. The church was rich, the people poor, the church was literate, the people illiterate, at least when it came to the Scriptures. The power of the church was immense in that kings and queens throughout Europe bowed to the power of the church.

Today our church culture is very different in some ways but not so different in other ways.  Where as the church of the 16th Century was a unified force, now from the one stream of the protestant reformation, there are hundreds of thousands of tributaries in the form of denominations and even denominations within denominations. If you google and look at an image of a “family tree” of American Presbyterianism, you will find it is like trying to decipher the Tokyo city subway map.  Sadly, we live in a church culture where people going to many churches have little to no clue as to the history of their church denominations or the complexity of denominations and doctrinal beliefs that exist.   As such, the New Reformation is not faced with one powerful daunting church structure but thousands of structures, denominations, doctrinal beliefs, practices and rituals, all that need reformation.

On the other hand, the modern church is in many ways similar to the Roman church of the Medieval period. The similarity comes in the people in the pews who, though they are in church, are famished for the Word of God but don’t recognize their need as they are satiated with fluff, foam, and filler that passes for worship and preaching. In the modern church there is no lack of bibles; in fact, we have more access to the scriptures now than ever before by every media possible. Sadly, there are many people who in our age of literacy would be found biblically illiterate, not even being able to recognize biblical teaching from heretical teaching. Why is that?  Because sadly the church, the modern church, has kept the Word from God’s people because they desire to fill the pews by pleasing man and dumbing down the Word.  As a result, sadly our pews may be filled with good people who know not God nor are godly. People who  are comfortable, but not regenerate. People who slumber comfortably in their sin because the church never speaks of sin or the need for repentance.  Too many churches today offer, in the words of Dietrich Bonhoeffer, “cheap grace” and the masses consume without realizing it is not the Gospel.

Is it any wonder that the church today is marginalized and not taken seriously.  Where as at one time the churches were sought out and found an honored place in the communal discussion, now are seen as insignificant because the gospel they live and preach is not reflective of the truth of God’s word. The modern church, too often, is a mile wide and an inch deep, if that.  It has no impact in the shaping of society because it has spent most of its time seeking the approval of man by shaping itself in the image of society. The book of Judges, chapter 21 and verse 25, ends the book with these telling words “In those days there was no king in Israel. Everyone did what was right in his own eyes.” Our culture is adrift in sin with no one to stop it, “man is doing what is right in their own eyes”. Why? Because again there is no king in Israel.  What I mean by that is Christ is no longer the head of many churches because His Word has lost its prominence in their pulpits and its people are once again in famine for the word of the Lord.  And if that is how the church is, then it has no answers for the world to which it is called to proclaim the Good News of the Gospel.

Once again the Church is in need of reformation for the light to come and dissipate the darkness. It is time for a New Reformation.